(Fatherland) – On the afternoon of March 23 in Hanoi, the Ministry of Culture, Sports and Tourism, the Central Propaganda Department, and the Vietnam Association of Photographic Artists coordinated to open the photo exhibition “Proud of a frontier”.

The exhibition aims to spread the results of the Art Photo Contest with the theme “Proud of a Border” organized by the Central Propaganda Department in collaboration with the Ministry of Culture, Sports and Tourism, the General Department of Politics, the People’s Army, and the People’s Liberation Army. People of Vietnam, Vietnam Photographic Artists Association organized in 2020. The exhibition is a practical activity to celebrate the success of the 13th Party Congress, including achievements in protecting the integrity of national sovereignty, building a border of peace, friendship, cooperation and development; arouse pride in the wealth and position of the country; honor the forces contributing to the solid construction and defense of the Vietnamese Fatherland. 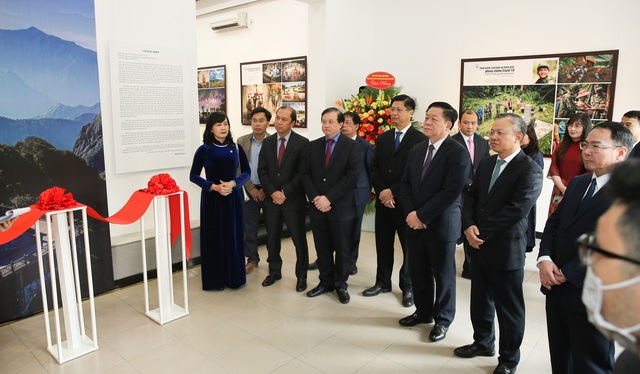 The exhibition introduces to the public 100 typical photographic works, of which 21 won prizes, including: 2 first prizes, 3 second prizes, 6 third prizes and 10 consolation prizes.

Speaking at the exhibition, Deputy Minister Ta Quang Dong said that the exhibition has selected 100 typical works out of a total of 196 works selected to be displayed in the contest “Proud of a frontier” organized by the Propaganda Department. The Central Government coordinates with the Ministry of Culture, Sports and Tourism, the General Department of Politics of the Vietnam People’s Army, and the Vietnam Association of Photographers to organize 2020 to introduce to the public the capital.

The exhibition shows the deep concern of people from all walks of life, especially photographic artists throughout the country, to the sovereignty of the national border, territory, and the border of the Fatherland; is an activity to encourage photography artists to come to reality, to remote border areas with many difficulties to feel the truest feelings of soldiers and people to compose quality and valuable works. Humanitarian values ​​introduce to the art-loving public of the capital and propagate and educate about the revolutionary tradition and national spirit to the masses, especially young people to raise awareness and appreciate the contributions of the people. of our ancestors for the peace of the nation and the achievements in the renewal of the country.” 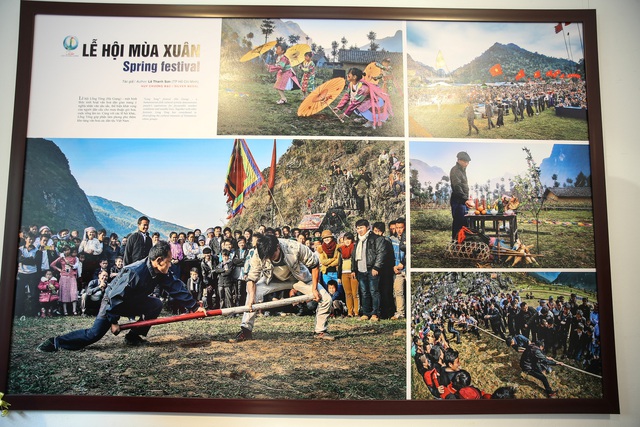 “Through the exhibition, we introduce to the public the works of photography with good ideological content and high artistic value by professional photographers capturing many authentic and vivid moments with unique features. in daily life, production, cultural festival works and art forms imbued with the folklore of ethnic minorities reading the remote border lines of the country. At the same time, we acknowledge and be grateful for the silent and great contributions and sacrifices made by officers and soldiers of the armed forces in the defense of the independence, sovereignty, unity and territorial integrity of the Organization. country” – Deputy Minister Ta Quang Dong added. 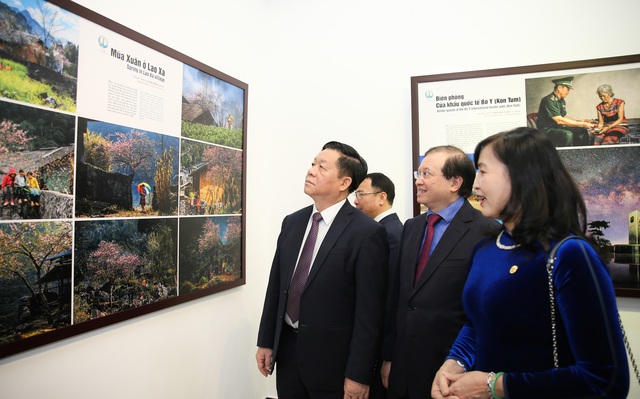 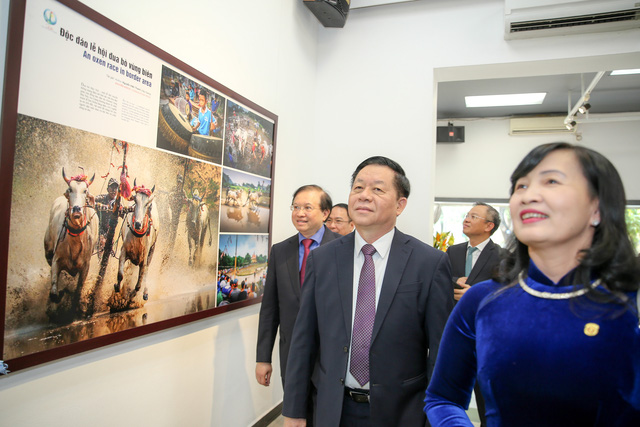 The works of the exhibition are highly aesthetic and creative, meeting the criteria of layout, lines, light, rich content; relatively comprehensively portray the beauty of the homeland, the country and the people of Vietnam in the land border regions of the country; reflect truthfully and vividly the unique features in daily life, production, works, cultural festivals, and art forms imbued with the folklore of ethnic minorities. ; honestly reflect the daily life, study, training, readiness to fight to protect territorial sovereignty, national border security of the armed forces…

The exhibition is also an opportunity to propagate the work of demarcation, marker planting and border management, to improve understanding of the sovereignty of national borders and territories, with the country’s border making an important contribution to the creation of national borders. consensus and strengthen the trust and valuable support of all classes of people towards the Party and State, creating synergy and enhancing Vietnam’s position and prestige in the international arena.

Head of the Central Propaganda Department Nguyen Trong Nghia highly appreciated the works at this exhibition.

The exhibition runs until March 28. After being held in Hanoi, the exhibition will continue to be held in 5 provinces/cities: Ninh Binh, Thua Thien Hue, Gia Lai, Kien Giang, and Ho Chi Minh City.

Responding to the Art Photo Contest "Proud of a border strip"

Responding to the Art Photo Contest "Proud of a border strip"

See photos, be more proud of the border region of the country

Opening of the photo exhibition "Proud of a border strip"